For more than 20 years, Vanessa has been waiting in near isolation for the return of her beloved Anatol high up in the cold north. All mirrors and paintings are covered, time seems to stand still for Vanessa, her baroness mother and her niece Erika. Finally, Anatol is due to arrive – but Vanessa finds it is not her long-awaited love, but his son of the same name. She and Erika are caught up in their feelings for the young man. After Erika becomes pregnant by Anatol and loses her baby, she shuts herself away, asking him to make Vanessa happy. Once her aunt and Anatol have gone on a journey, Erika covers the mirrors and the pictures again.

According to Menotti, the opera he wrote with his friend Barber hinges on a central human dilemma, »whether to fight for one‘s ideals to the point of shutting oneself off from reality, or compromise with what life has to offer, even lying to oneself for the mere sake of living.« 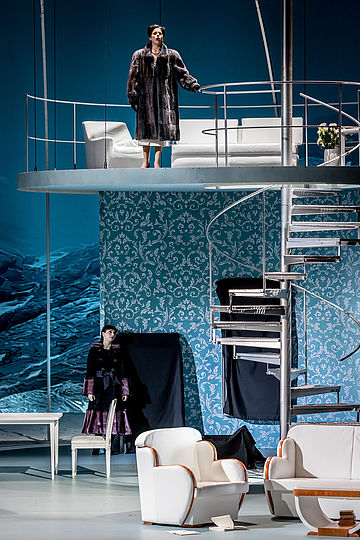 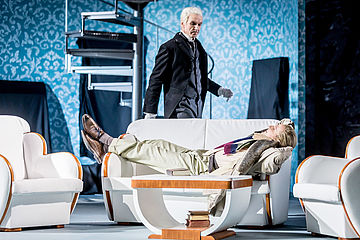 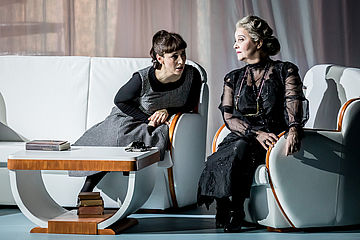 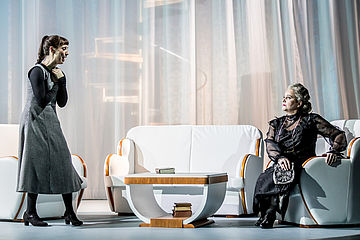 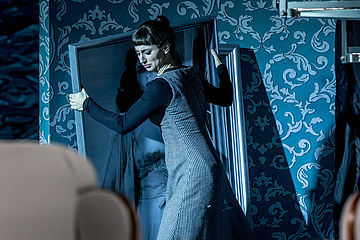 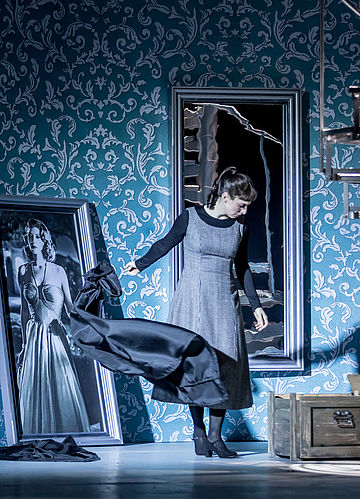 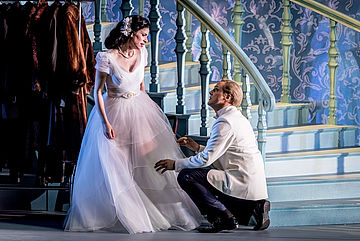 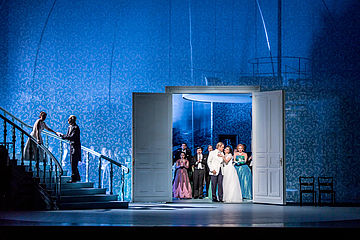 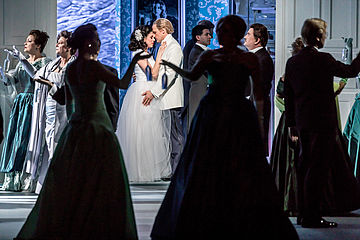 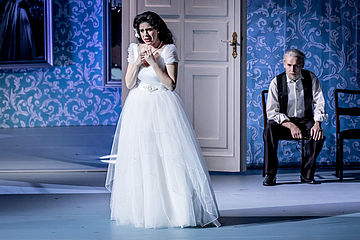 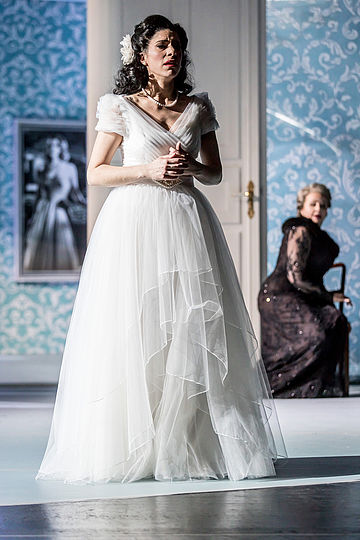 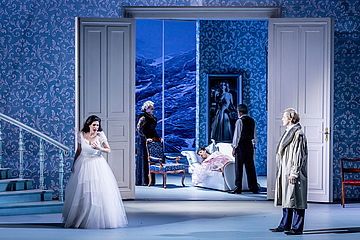 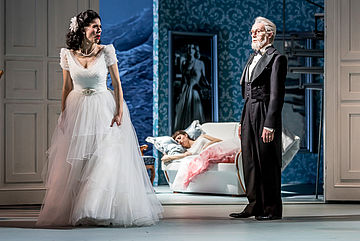